How to Play Mini Baccarat?

How to Play Mini Baccarat?

Mini Baccarat is an increasingly popular variant of a standard baccarat table. It does not have any major differences like with Super 6. Its appeal lies in less players seated on a single table, which offers faster-paced rounds. There is also an extra side bet that might interest more risk-prone punters. 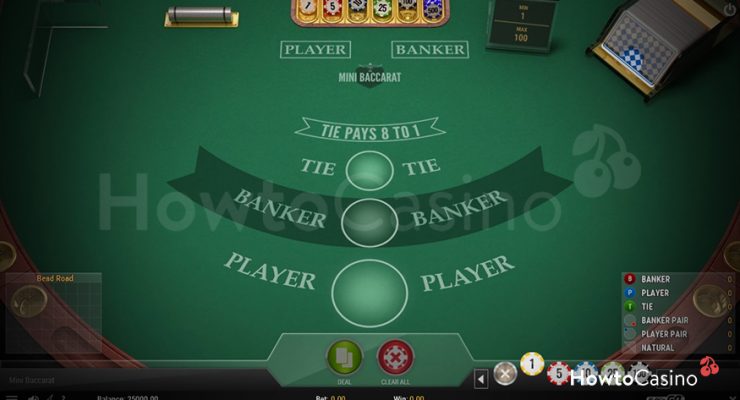 The game starts you off with a choice; do you bet on the banker or the player hand? Alternatively, you can wager on a Tie bet, which predicts the two hands will have equal value at the end. Each hand will have a certain number of points, depending on the cards drawn on its side. The goal is to get as close to nine as possible, to achieve a natural win.

Both hands receive two cards at the start of a round. The dealer checks if either side has achieved a natural win, which requires eight or nine points. If not, the player side receives a third card via draw. They can only draw if the point total of their hand is between zero and five. At six and seven, the player stands, meaning they cannot draw a third card.

When the player hand finishes, the banker will draw a third card. However, they will also be unable to draw their card if their point value is six or seven. After both sides have drawn or stood on their third cards, their values are compared again. The one closer to nine is chosen as the winner for that round. 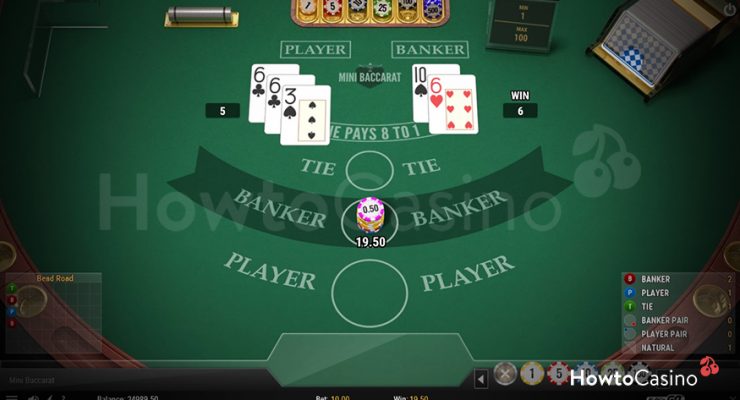 Points are awarded using card values. For cards between two to nine, their face value is the same as the number of points they award.

If you draw an Ace, it will have the value of one. Meanwhile, tens, kings, queens and jacks have a point value of zero, since they go above nine.

It is possible to go over nine when adding two numbers together. If that happens, you remove the first digit of the new number. For example, if you receive a pair of nines, their sum will be an eighteen. The first digit is removed, meaning that eighteen awards eight points. 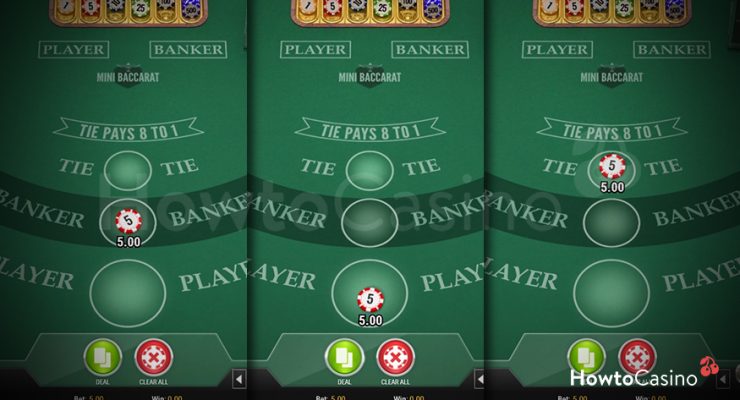 You have three main bets in Mini Baccarat. They are as follows:

On top of that, we have a Dragon Bonus side bet. This is an optional wager, which wins under two circumstances.

A natural win will only pay even money, so it is not that rewarding. If you win the Dragon Bonus by point difference, it is a lot more lucrative. If you can manage a nine-point difference, you will receive a 30:1 reward.