How to Bet on Craps?

How to Bet on Craps?

Dice games have always played a secondary role in casinos. That said, they often have a sizeable and loyal following that makes them almost mandatory! Craps definitely falls in that category. It is a great game to enjoy, once you get the hang of it.

This article will help you understand the various available bets in Craps and how they work. After this article, you will be ready to tackle any Craps table! 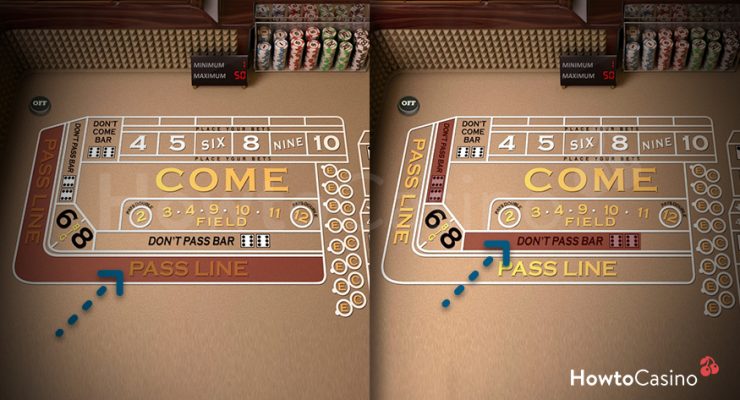 Placing money on the Pass Line is the starter bet in Craps. When the dice are rolled, one of three things can happen.

An extension of this wager is Don’t Pass. To win a Don’t Pass line bet, you flip things around. Drawing a seven or eleven immediately is a loss, while a two or three is a win. In the same way, if a seven is drawn before the point number, Don’t Pass wagers win. 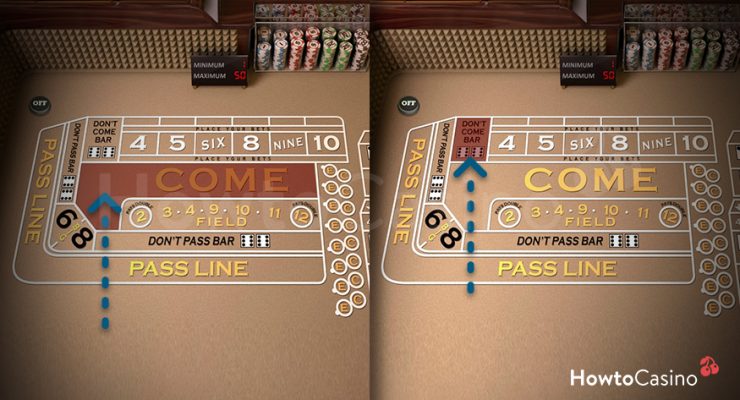 Come and Don’t Come wagers work almost identically to Pass and Don’t Pass bets. Come bets win if a seven or eleven are rolled, or if a point number is drawn before a seven. They also lose if two, three or twelve is drawn. 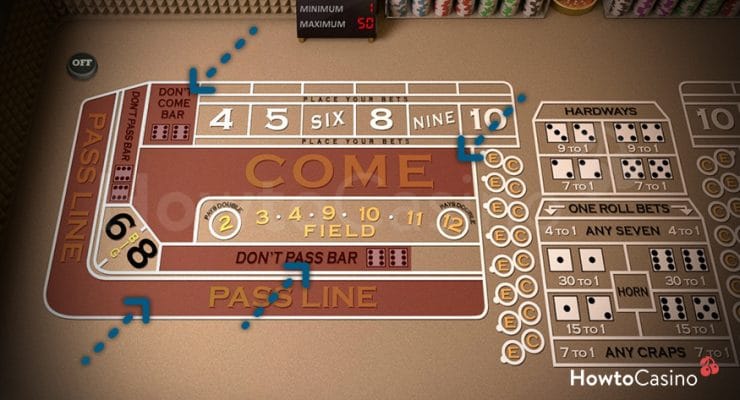 With the previous two bets set, another option that opens to you are Odds bets. It grants a reward if the point is rolled before the seven. You have access to four different types of Odds bets:

You should always play the one that compliments your previous wager or wagers. Odds bets do not have a house edge, and are usually limited on how many you can play. How much you win changes depending on what the point number is. 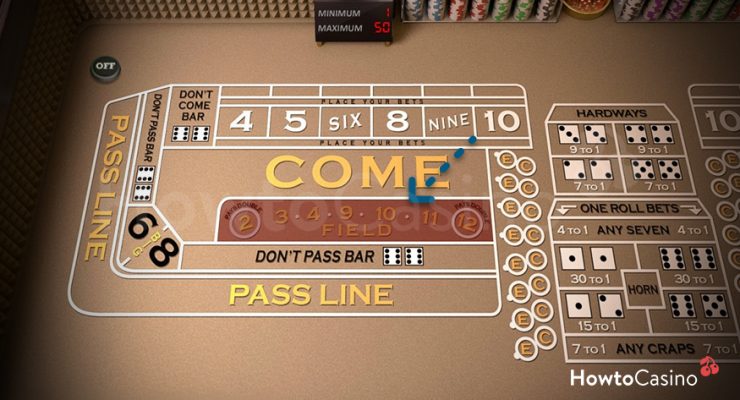 Place your chips on the Field area, before the subsequent roll is played. A field bet pays if numbers two, three, four, nine, ten, eleven or twelve are rolled. If any other number comes up, you lose. 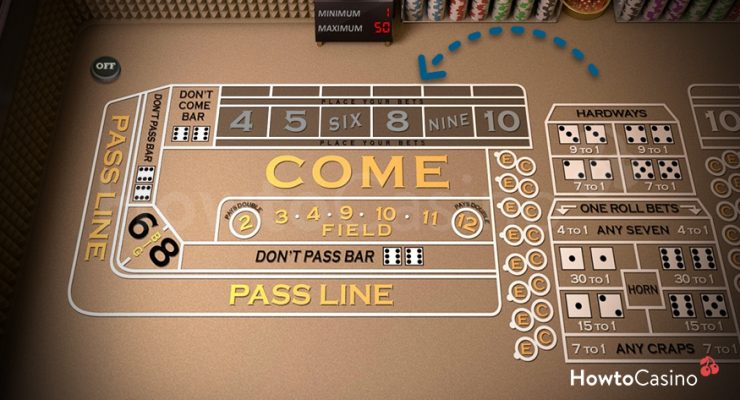 As their name implies, you place this wager on a specific number. By doing so, you effectively established your own point, independent from anyone else.

If your chosen number appears before seven, you win the round. You can also play a Place Lose bet, which pays if a seven is drawn before the chosen number.

Buy and Lay bets work very similarly to Place Bets. The difference is that the payout for winning your chosen number are higher! The downside is that both bets have a 5% commission, which evens out the more impressive rewards. 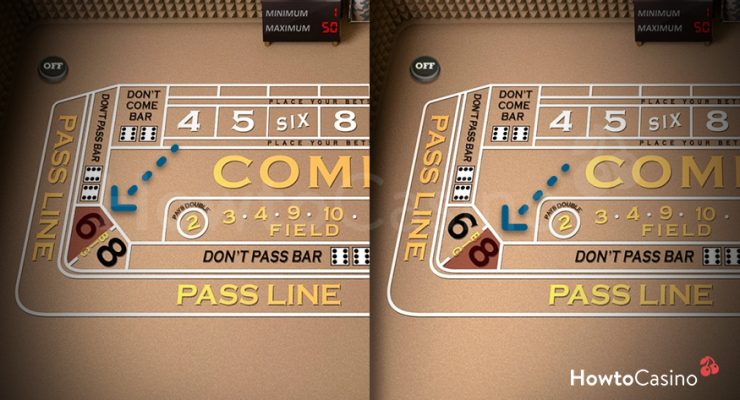 These two bets are super straightforward. Big 6 pays if you roll a six before the seven ends the round. Big 8 functions the same way, except it tasks you to roll an eight instead of a six. 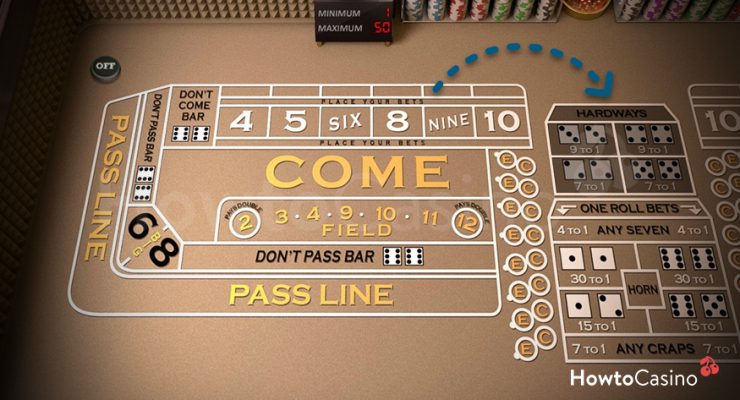 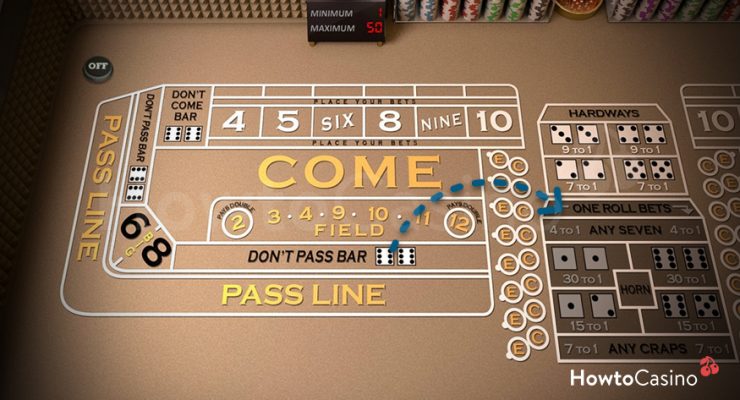 Preposition bets are the high-risk, high-reward option of each Craps table. All proposition bets must be won on the upcoming roll after being placed.