How to Play Casino War?

How to Play Casino War?

Home / Other Games / How to Play Casino War?

Casino War is a great option if you want to take a break from poker or blackjack and try something different. Despite its aggressive title, Casino War is a fun and simple game to play online, as it is easy to understand and features a familiar, natural style of play.

Interestingly, this is often the first card game children are taught to play. If a child can play, so can you! Read on to educate yourself on the Casino War basics. 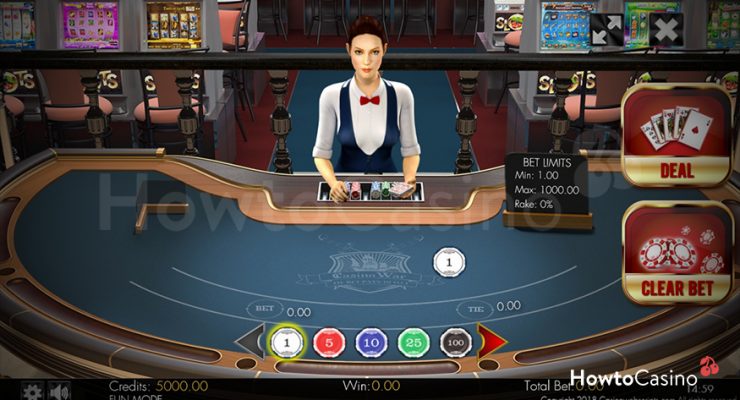 Even though Casino War requires minimal mental gymnastics from the player, it is still advisable to read about the game rules and its main features before you place a bet.

It really is one of the easier games in the gambling world, and it won’t take much of your time to prepare. In a game of Casino War, 6 decks of 52 cards are used. Suits are irrelevant, only card numeric values count.

The premise is extremely simple – you are at war with the dealer and you compare cards to outrank one another. The rankings are the same as in poker.

Aces have the highest value always, whereas deuces have the lowest rank. In between, the lineup is King, Queen, Jack, 10, 9, 8, 7, 6, 5, 4 and 3. The object of the game is to be dealt a higher card than the dealer, which represents the house.

Base Game: How it Works?

The round starts with the players placing their Ante bets. Then the dealer deals one card to each player and one for himself. The cards are drawn face-up. The game can end as soon as it started because if your card is higher than the dealer’s one, you win.

In the same vein, if your card is lower than the one dealt to the croupier, you lose. However, the round extends if your card and the dealer’s card match. If there is a tie, you need to make a decision whether you want to “surrender” or “go to war”.

Should you decide to surrender, you will forfeit half of your Ante bet and exit the round. If you opt for war, then you will need to place a War bet of an equal amount, along with your original bet in order to stay in play. Now you’re at war, and the dealer will burn three cards from the shoe and deal one to you (and other players who’ve gone to war) and to himself. 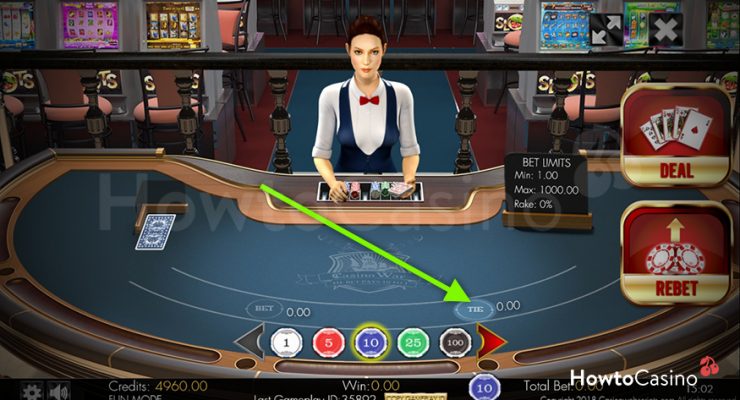 Casino War typically has one bonus bet, the Tie bet. Players who stake their money on this optional bet wager on the conviction that their first card will tie the dealer’s card. The Tie bet pays 10 to 1, but the casino has a dangerously high advantage on it. 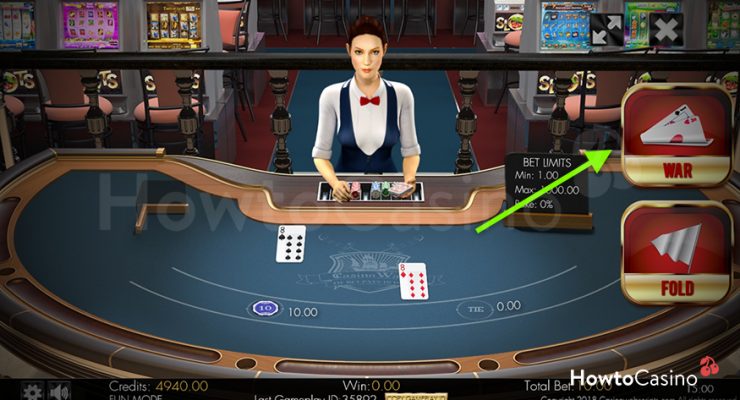 There aren’t any reliable strategies for beating Casino War. And how could you even beat such a textbook example of a game of chance? Nevertheless, experienced players have shared some tips and guidelines you can put to good use at a Casino War table.

If you ask any seasoned gambler whether it is better to surrender or go to war, they will always say to always go to war and never surrender. As soon as you forfeit your hand, the house edge rises. By making the dealer to draw another card, you are reducing the house edge.

The side bet is what gives the casino the highest advantage – one of 18.65%! So, be careful with this option. Many would go as far as to call the bonus bet a “sucker bet”.

In this game, it’s all about the Aces. With the highest card working for you, you can either win or tie. Keep track of them and if you realize that no Aces have landed for a considerable amount of time, you can expect one to appear shortly and adjust your betting decisions accordingly.