How to Play Patience?

How to Play Patience?

Home / Other Games / How to Play Patience?

Casino Patience is a well-known card game, mostly played for fun, but there are casinos out there that offer it. A relaxing game, some would even argue hypnotic, is better known as Solitaire in the US and Canada.

This is a French word for “alone”, as the game normally requires a single player. The other name comes from the fact that the game play does demand a fair amount of patience from the player in order to go through with it.

Once you’ve learned the game basics, you will only need to work on your perseverance to become a better Casino Patience player. We can help you with the first part of the process and lay out the brass tacks of playing Patience on the web. 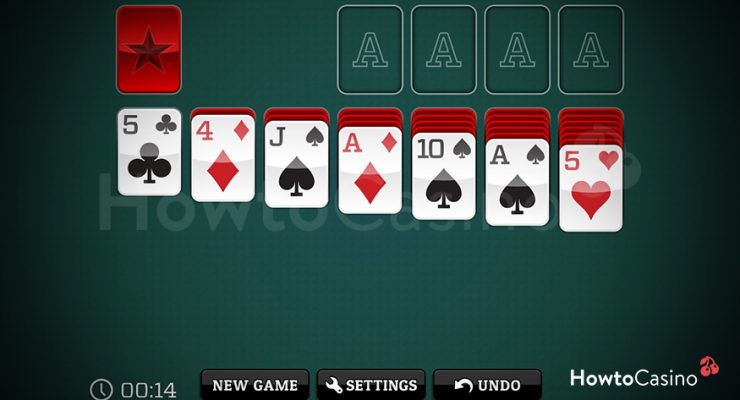 Clearly, the first step when you’re learning any new game is to read through its rules. Unlike typical casino card games where you are facing the dealer or other players and you need to form hands and employ strategies and skill, in Patience you are playing against the computer and also against the clock.

The game is all about manipulating a layout of cards with the aim of sorting them in some fashion. Only one deck of 52 cards is used and the cards are expected to be sorted into four rows, with each row beginning with an Ace. Then, you need to put deuces on top of the Aces and move your way up to the Kings.

When played offline, the cards are shuffled and then divided into two parts. One part, containing 28 cards, is divided into 7 rows. The first row (from left to right) contains 1 card, the second row contains 2 cards, the third row contains 3 cards, etcetera. The last row contains 7 cards.

If you’re playing online, the shuffle and the laying out is already done at the beginning by the software. You will see four boxes in the top right corner where the Aces need to be placed and then other cards stacked on top of them in a way that sorts the cards and clears the entire deck. 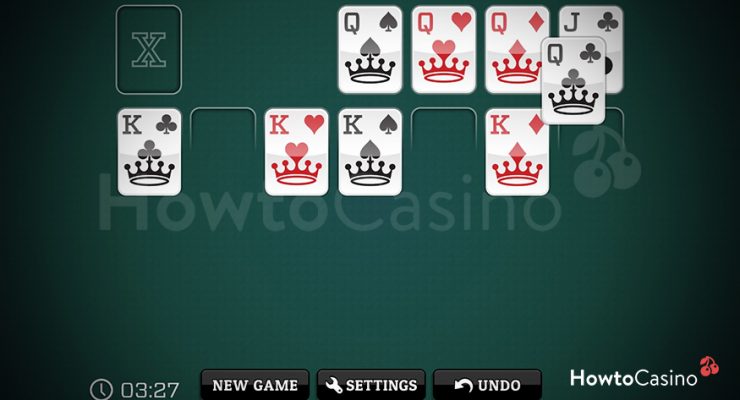 So, the round starts with the 7 rows already shown. This is often referred to as the “tableau”. The four boxes are empty and you need to find the four Aces to start stacking and clearing out the deck. You have the 7 rows at your disposal and you are able to move the first card of each row, while also being able to see which cards are next.

The second part of the deck is in the left upper corner and you will draw one card at a time from that stack. You need to place cards of the same suit on top of the Aces – Spades, Clubs, Diamonds and Hearts. When it comes to the tableau, the cards can be sorted in descending order and alternating types (suits). Cards are playable if they can be placed in a row or in one of the Ace’s rows. On the contrary, you won’t be able to move them.

The round is over when all four rows are built from Aces to Kings and there are no more cards left on the table. In online play, the software will often finish up automatically if you have played your moves right and the following actions are obviously leading towards the finale. Should you have no more moves available, you will lose. 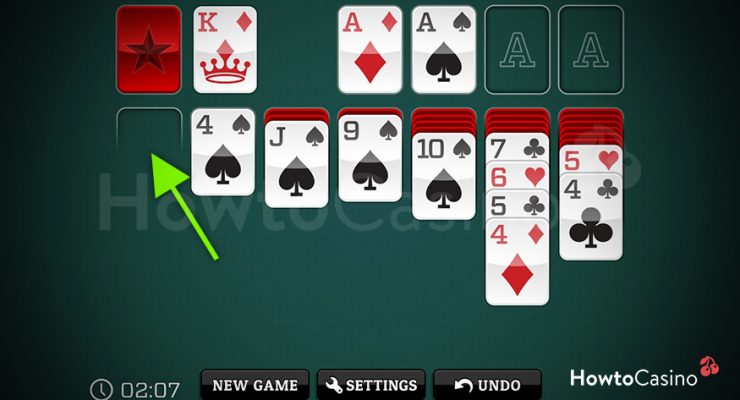 Sometimes, during play, you will be able to completely vacate a column of the tableau. It is recommended that you move the highest card possible into this vacant column because that will give you more options to sort cards on top of it later and reduce the chances of becoming stuck without any available moves left. You aim to bring order to the cards, keep that in mind at all times and you will be a good Patience player.