How to Play Red Dog?

How to Play Red Dog?

Home / Other Games / How to Play Red Dog?

Red Dog is a card game that is less sought-after compared with games such as blackjack or baccarat, but it has a devoted following and there are high-quality online versions of the game that are quite popular.

You will also see people referring to the game as Red Dog Poker and it was popularized in Las Vegas in the 1930s. A simple card game, Red Dog has a tough time competing with games where players can create an edge by learning strategy.

However, many online casinos offer Red Dog as an alternative and below you will find a guide that will explain how to play it. 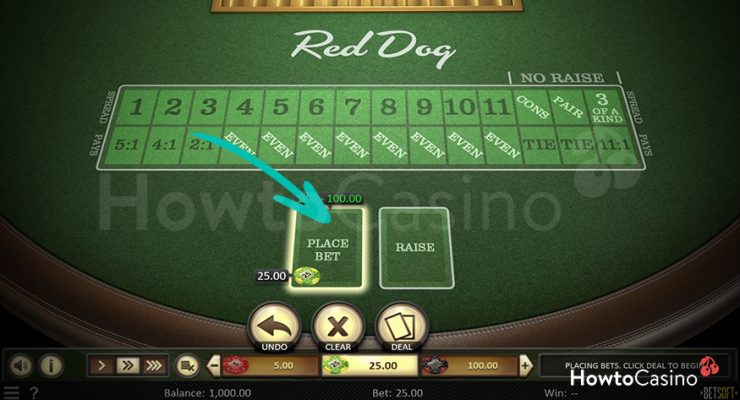 Learn the Game Fundamentals and Rules

It should go without saying, but we choose to remind of the importance of preparation. You can’t play any game, casino or other, unless you have familiarised yourself with the game rules and basic concepts that it’s based on. In a way, Red Dog is a poker-driven game but it also has similarities with games such as Acey-Deucey (or In-Between).

The standard game is played with a single deck of 52 cards, but there are variants that use more than just one deck (up to 8). The game requires at least 2 players and the goal is to have the largest chip stack at the end of the round. In online Red Dog, the game is played between one player and the dealer.

At the very beginning, the Ante bet is placed, before any cards are dealt. The bet needs to be within table limits. After the bets are placed, the dealer will draw two cards face-up. There is a space between the two cards for a third one. It is the player’s task to predict whether the third card will fall between them or not.

At this point card ranking comes into play. With the two cards still at the table, the dealer checks if they are consecutive in number, in which case the hand is a push and your wager’s returned. If they are of equal value, a third card is dealt. The third possibility is the spread which eventually determines the potential payout. 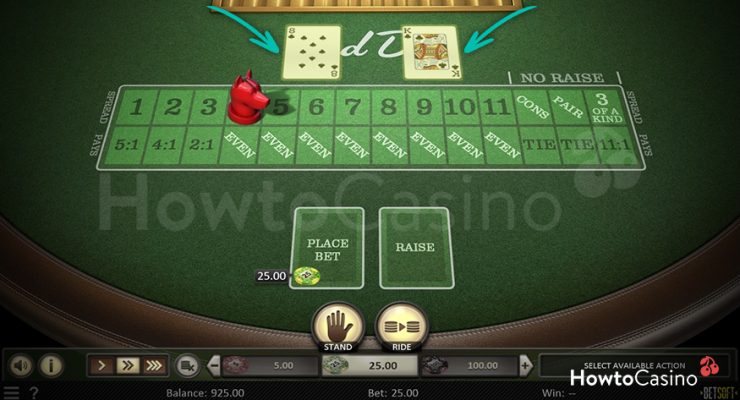 In a game of Red Dog, standard poker rankings are used. Suits don’t matter, only card values. Aces are high – they are ranked the top value. Aces are followed by Kings, Queens, Jacks and then 10s. Cards from 9 to 2 are ranked according to their face values, with deuces being the lowest cards. The Ace can only be the highest; it cannot alter its rank in any specific situation. 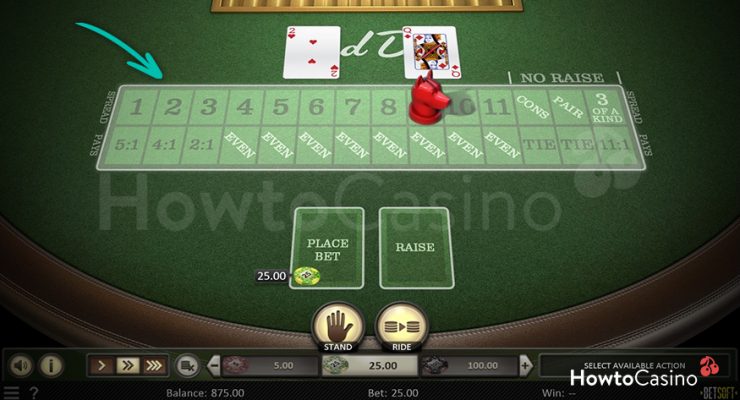 The Notion of “Spread”

If the cards dealt are not equal and not in sequence, the dealer will announce a spread. The spread stands for the difference in values between the two cards. In other words, it represents how many cards are required to fill in the gap between the cards that are dealt.

For instance, a spread between a 3 and an Ace would include cards 4, 5, 6, 7, 8, 9, 10, Jack and Queen. So what is the role of the spread? The cards in the spread can help you win. If the third card dealt lands within the spread, you will receive a payout according to the game’s paytable. The bigger the spread, the better the odds of winning. 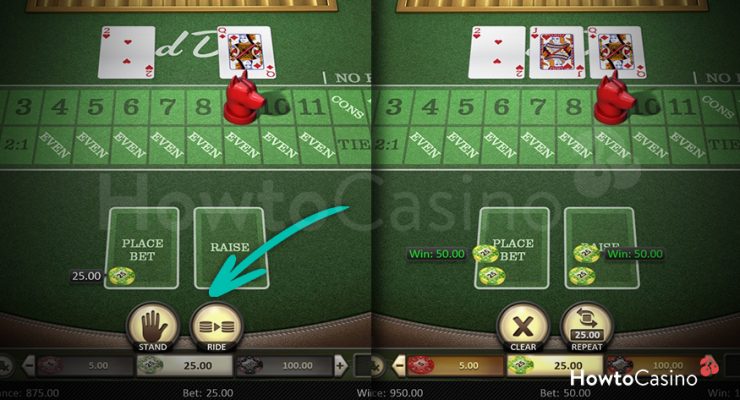 Before the third card is dealt, you will have two actions to choose from, indicating where you stand on the issue of the third card falling between the two already dealt.

After you rise or call, the third card is dealt face up. If the card doesn’t land within the spread, you will lose. On the contrary, you’ll be paid as instructed by the paytable.

The Round Finale and Payouts

So, let’s recap. There can be four outcomes in Red Dog.