How to Play Teen Patti?

How to Play Teen Patti?

Home / Other Games / How to Play Teen Patti?

Teen Patti rules Southeastern Asia, but in the past years, it has gained more popularity in the western world. It is a simple card game that any player can learn how to play, provided they apply a few easy steps. Originating from India, Teen Patti provides a gameplay experience that resembles a simplified version of 3-card poker.

We will now go over the steps that explain how Teen Patti works and how to play it. 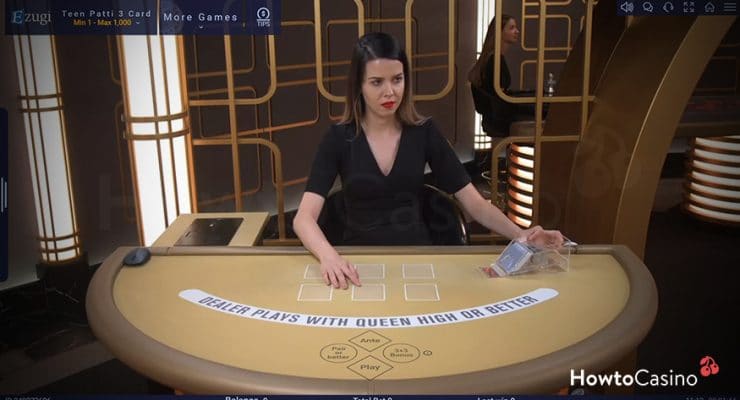 Before you jump into a round of Teen Patti, you should read a bit about it. No need to get into too much detail. You should at least get a general idea and know the basic premise of the game. For instance, the game uses a single deck of 52 cards, no Jokers.

No less than three people play, typically 6. The Ace ranks as the highest card, with 2 being the lowest in rank. One person will deal the cards to participants.

How does one win in Teen Patti? Well, the aim is to have the best 3-card hand. You could also win if other players fold their hands and you remain the last one standing. 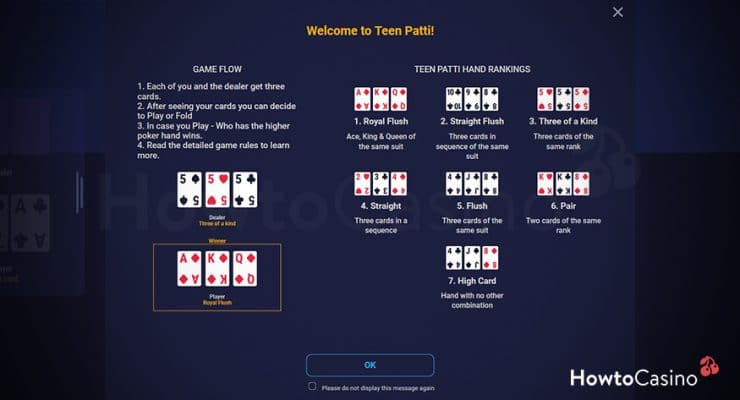 As we’ve already explained, the goal is to have the best hand as the round comes to an end. If the game is played with a prize pot, the idea is also to try to increase the pot so that the prize grows big once the winner scoops the pool.

You must be aware of the hand rankings to understand how they interact. Here are the rankings in Teen Patti, from highest to lowest: 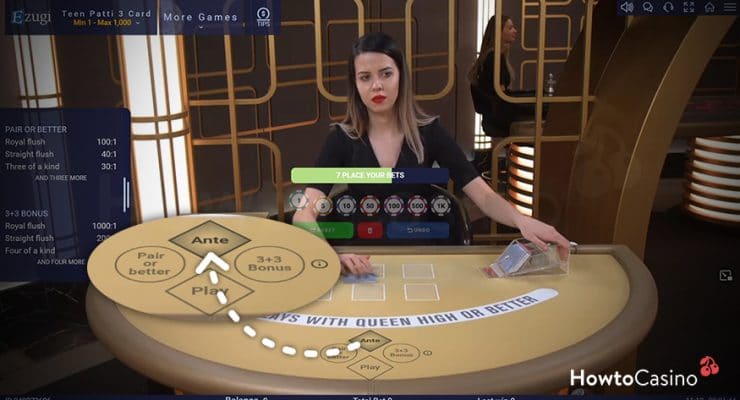 At the start of the round, participants are required to make an ante wager. Then, the dealer will proceed to deal three cards to each player, going in the counterclockwise direction.

When the cards come down, no one can see them. They are placed facedown and the players have to make a choice whether they wish to see their cards or not.

If you look at your cards, you will continue playing in the “seen” status. This means you will need to bet more money than the player who chooses to remain “blind” (not see their hand). The player who bets first will establish a stake.

The players who bet after will all rely on the stake established by the previous player. Playing blind means you will need to bet 1x or 2x the stake, and if you play seen your wager must be either 2x or 4x the stake. 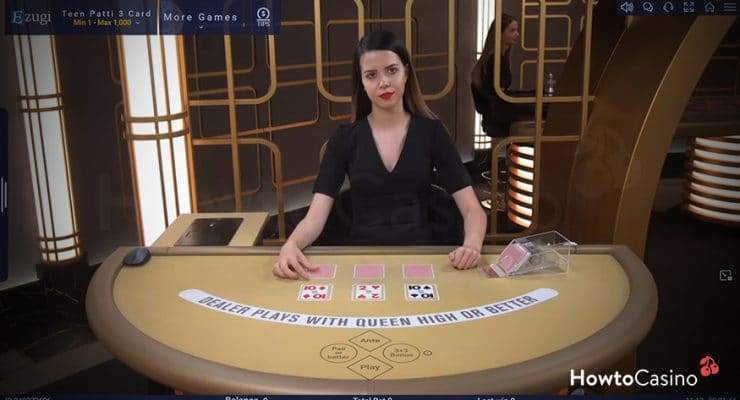 Once the cards are distributed, each player will have the option of acting. The available actions include folding, calling or raising – as a blind or seen player. The actions take place in a clockwise manner.

If you haven’t played poker before, let us quickly remind you what these actions mean. To call means to continue playing without raising the bet. To raise means to increase the wager and add cash to the pot. You can also fold your hand if you feel you’ve got bad cards. Sure, you will lose your original wager, but at least you won’t be at risk of losing additional funds. 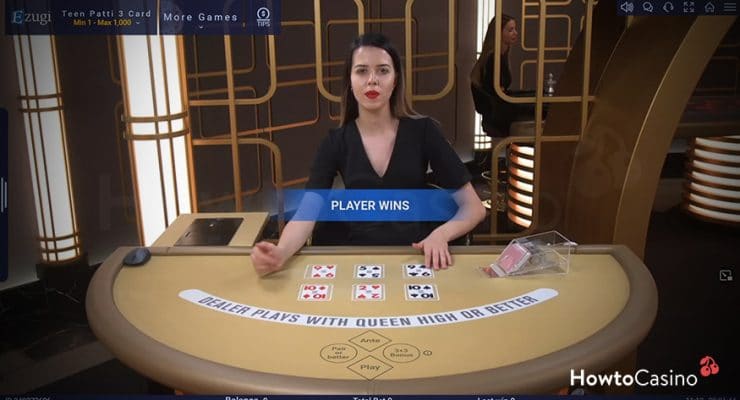 The betting continues in a circle until there is but one player left in the game. Of course, two players can remain and do a showdown. They compare hands, and the highest-ranked hand wins. It is that simple.  If there is a pot, the winner gets it all.

If the game version played is without a pot, then specific payouts are assigned to each hand ranking. For instance, the payouts on the initial bet go from 1:1 for Straights to 5:1 for the Ace trio. Also, some online Teen Patti games may include side bets with even higher payout odds.