How to Play 3-card Poker?

How to Play 3-card Poker?

As one of the most inspiring card games, poker can be found in many shapes and sizes. There are multiple versions out there, and 3-card poker is one of the easiest to learn.

3-card poker was invented in the mid-90s, keeping the elements of strategy and skill which define poker but also incorporating faster gameplay, which is typical of blackjack. Many land-based casinos initially rejected 3-card poker, yet the game became just as popular as its sister formats. How to play 3-card poker is explained below. 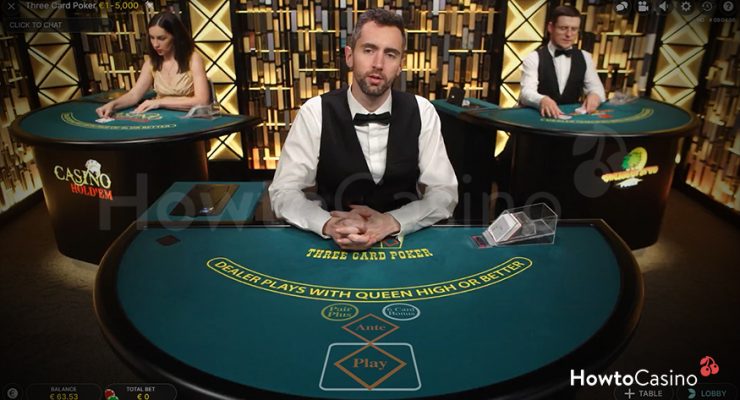 Get to Know the Game Basics

In this game, you do not face other players. Each player confronts the dealer’s hand. Often, you will see the table layout resembling the one of blackjack, with the dealer on one side of the table and the player on the other. Some table seat 7 players at any one time.

The main objective for the bettor is to assemble the best 3-card poker hand and beat the dealer. The game is typically played with one deck of 52 cards and includes three betting zones. There are less hand rankings to memorize compared to 5-card or 7-card poker games. There are only three bets to master – the ante, call and Pair Plus. 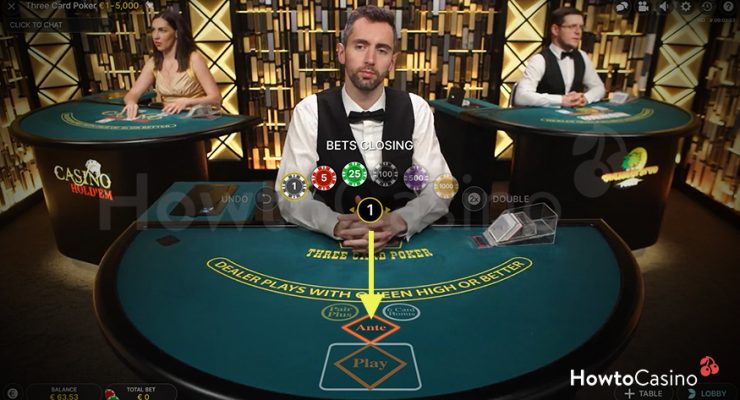 The round is ready to begin once the players place the ante bet by dragging the chips on the designated circle on the table. The ante must equal the table’s minimum at the least. The ante bet is the initial bet and the basis for all potential bets that follow. 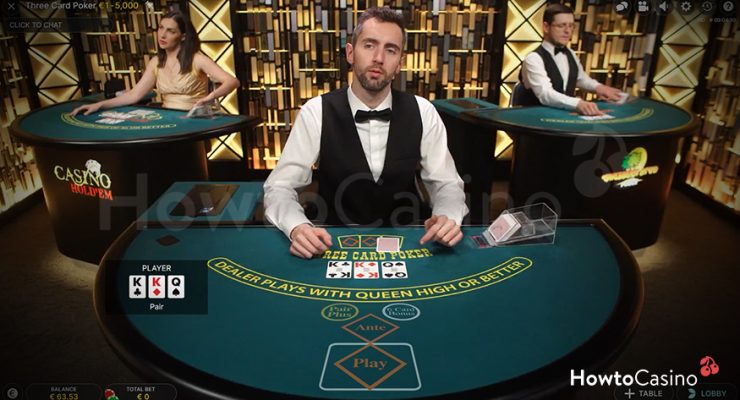 How the Round Unfolds?

With the ante bets placed, the dealer can start drawing cards. Three cards are dealt to each player, as well as the dealer. After receiving your three cards, you need to make a decision, whether to fold, raise your stake or stay.

The dealer turns over their cards after each player took turns and made a decision. The dealer’s hand needs to qualify to compete with the players’ hands. It has to have a Queen-high or better to qualify.

When this doesn’t happen, the players will win their ante bets and get a push on their call bets. When the dealer qualifies, the hands are compared to see which ones are of higher rank. In the unlikely event of a draw, the player is considered the winner. 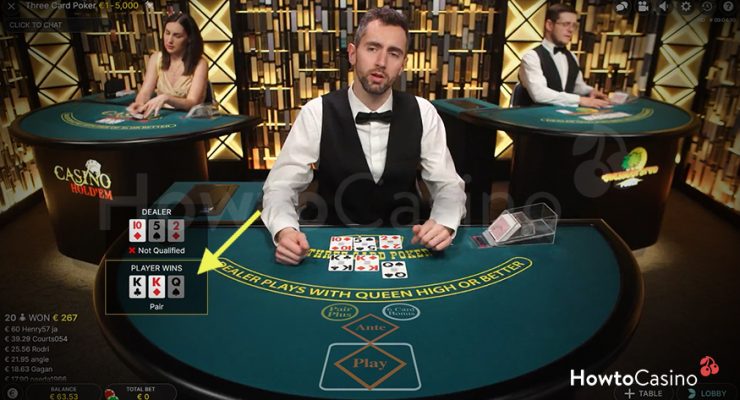 Hand Ranks, Payouts and Pair Plus Side Bet

From lowest to highest, these are the hand rankings in 3-card poker:

Note that Straight ranks higher than Flush, because the former is rarer than the latter.

Ante pays 5 to 1 on a Straight Flush, 4 to 1 for Three of a Kind and even money for a Straight.

The Pair Plus side bet is optional and completely independent from the main/ante bet. Players who wish to use this option can place their Pair Plus bet at the same time they are placing the ante. The amount wagered doesn’t have to be the same as the ante. By placing the Pair Plus, the player hopes to receive a pair or better and receive a corresponding payout.