How to Play Chinese Poker?

How to Play Chinese Poker?

Ever heard of Chinese poker? You must have. Otherwise, you wouldn’t be here on this page. We will explain in a simple step-by-step guide how to play this version, one of the most interesting types of poker. It is a quick game, perfect for card game lovers craving action across the table. Popular among professionals, Chinese poker is not a difficult game to learn. Find the instructions below. 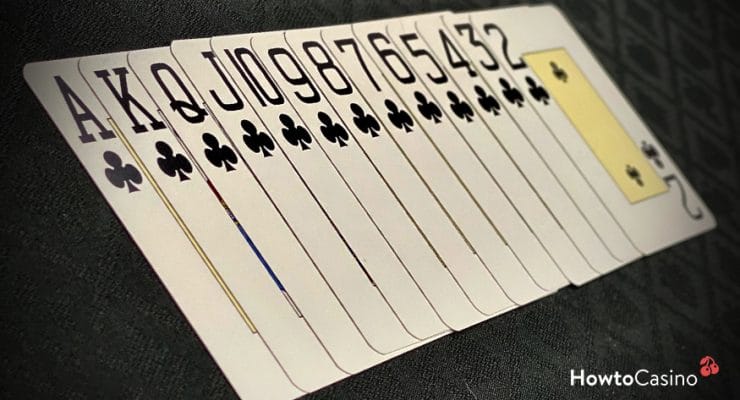 Establish Basic Knowledge About the Game

Luckily for you, Chinese poker is a beginner-friendly game. It requires basic understanding of poker hand ranking and involves a large element of chance.

The concept demands that players make three separate poker hands, instead of only one. Two hands must consist of 5 cards, while the third one must be a 3-card hand. They are also called the 5-card “back” hand, the 5-card “middle” hand and the 3-card “front” hand.

The game rules state that the back must be the highest-ranking hand, and the front the lowest-ranking hand. Since the front consists of only 3 cards, straights and flushes do not count and the possible combinations are reduced to Three of a Kind, a Pair and High Card.

Chinese poker is played without raising and betting. There is only one deal and the reward gets established at the beginning of the game. Some games introduce units to facilitate scoring, others agree on a specific point value. One point can be worth a certain amount of money, as long as all players involved agree on it.

When the stakes have been agreed upon, the dealer proceeds to shuffle, cut and deal the cards. Each player receives 13 cards, face-down.

The cards are distributed one at a time. When the deal is over, the players are left to set their hands. 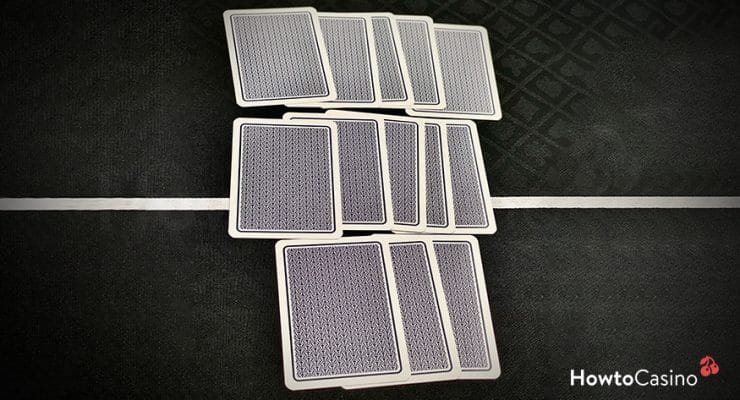 Regular poker rankings apply, so there is no need to learn any new ways of combining your cards. Just make sure to refer to the standard poker rankings, just to remind yourself, before playing.

Once the combination layout is done, the cards are arranged face-down in front of each player’s seat. 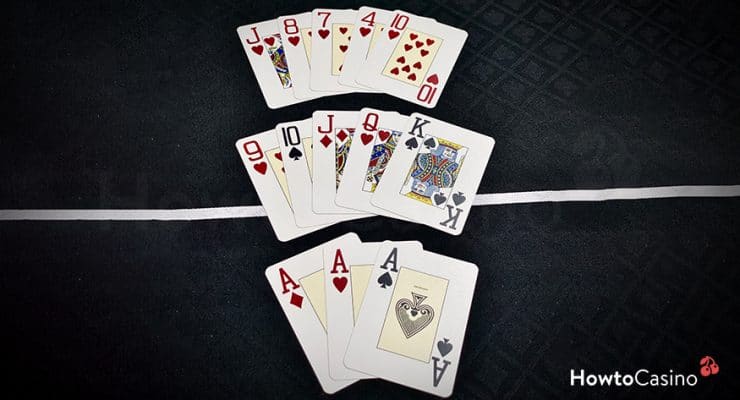 Since there are no remaining actions left, the players have to turn over their hands and compare them. Every participant compares their top combination to the top combination of the opponent(s).

Backs are compared to backs, middles with middles and fronts with fronts. Depending on how your hands measure up, you may gain or lose points. There is no pot to pursue. Players are pursuing the highest number of points.

In most games of Chinese poker, players also get bonuses for beating other players. For instance, if a player is superior to another in the three hands, this is a scoop. The reward is a 3-point bonus, or a double bonus. 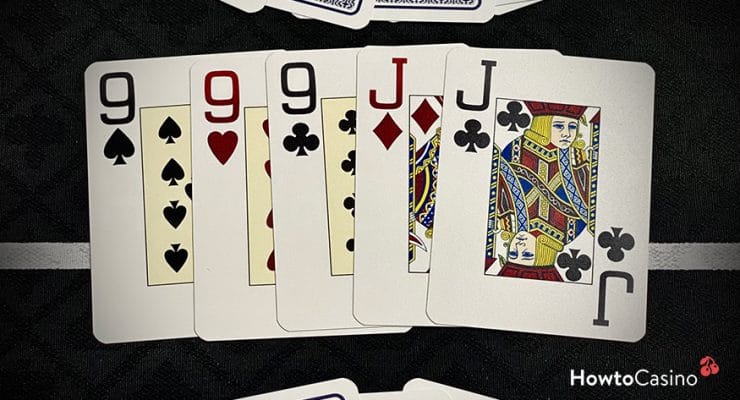 In Chinese poker, there are various types of royalties that are often included. Royalties are special hands that can earn you extra points. Some are more frequently played than others. Here is a selection of commonly played special hands: