How to Play Poker?

How to Play Poker?

Poker is an international card game, enjoyed in nearly every country where card games are played. From early German origins, the game was adopted by the French and then it spread over to North America.

The game evolved over time and now it has numerous different versions with various rules added in regards to drawing cards to improve one’s hand. In poker, a lot of things rely on pure chance, but the game also requires skill. With each player being the master of his own fate, every poker round is about as thrilling as casino action gets.

Do you want to play poker? Here’s where to start.

The Deck and Card Scoring

In a round of poker, typically, five cards are dealt to the player who then tries to form the best five-card poker hand possible. What does this mean? Well, the hands are listed in a hierarchy, one that remains the same for every poker game. The value of the hands may differ from one game or casino to the next.

In other words, the prizes for each individual hand will be under the management of the casino operator, yet their ranking will still match the hand’s lower or higher value in any particular case. Better hands, those that carry the highest prizes, are rarer and more difficult to achieve.

The hand scoring looks like this, in descending order:

Should two hands contain the same high pair, then the ranking of the next card in the hands determines which one wins. Furthermore, in two hands that have identical pairs the winner would be decided by the fifth card. 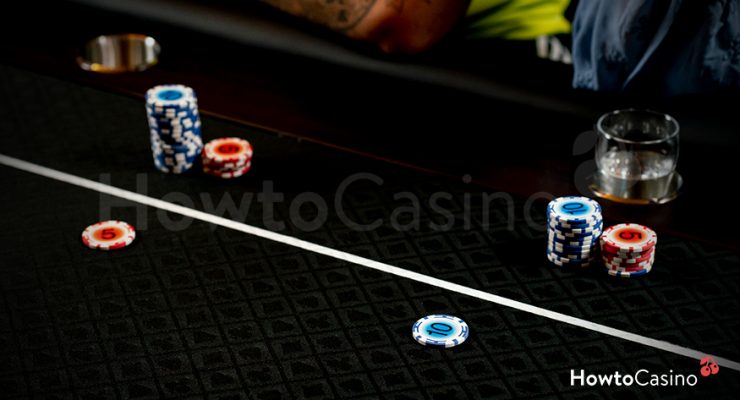 Betting is the key activity in poker, as the game is the ultimate test to your money management abilities. During a round, you will have the chance to bet even before the dealing starts, and then in one or more betting intervals as the game progresses.

The Ante bet is usually of a small amount (the usual minimum bet) and it is placed before the dealer starts delivering cards to the table. This means placing a minimum starting bet into the pool.

Once the cards are dealt, in each betting round, one player is designated as the first bettor, according to the game rules. The turn to bet always moves to the left, from player to player. The next one, and the next one after him/her and so on, has three choices – to Fold, Call or Raise.

Folding means discarding one’s hand. The player has decided to leave the round and not place more bets until the next deal. The players who fold lose the money they’ve put into the pot.

To call a bet means matching the bet of the previous player, whereas to raise means the player has increased the stakes and wagered more than his/her predecessor.

There is an additional option available to players, and that is to Check – making a “bet of nothing.” This option is enabled only if no one previously has made a bet in that betting interval. If another player has wagered, you cannot check, as you must at least call the bet or fold.

How the Round Works?

Some of the round’s proceedings are already made clear through the bets. First, the Ante is placed and then each player gets 2 cards, dealt face-down. After the first round of betting, the dealer will “burn” the top card on the deck.

In poker, the dealer will burn a card every round of dealing, remove it from play. That way, it’s harder for players to anticipate what card will come up next. Then, they’ll put 3 cards face-up on the table. In some versions, there are 5 extra cards. These are the community cards that every player can use to build their hand.

Betting happens in a circle – when it’s your turn to bet, you can check, call, raise or fold. The player with the best 5-card hands wins, or the one that stays at the table while the rest have folded. The final evaluation of hands is done in the “showdown”. That’s when all the players reveal their hands to see who has the highest-value hand and wins the entire pot. 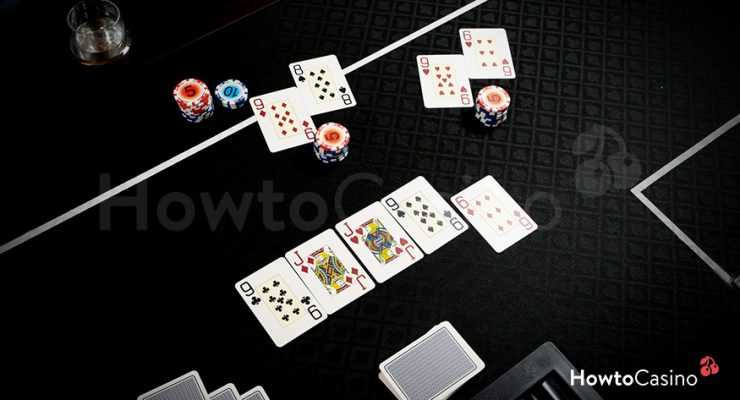 You should try and find the game that suits you; with poker, there is a nice choice to consider, Texas Hold’em is the most popular poker game, especially online, and the one that’s played in poker tournaments such as WSOP, WPT or EPT.

In this game, players make the best 5-card hand out of 7 cards. Another well-known variation is Omaha. In Omaha poker, players will get four hole cards instead of two and can only use 2 cards from their hand.

Additional popular options include 7-card Stud, played without community cards and almost always with fixed betting limits, and 5-card Draw, where players are dealt 5 cards, but on the initial go around, the player can choose to trade in up to 3 of them. 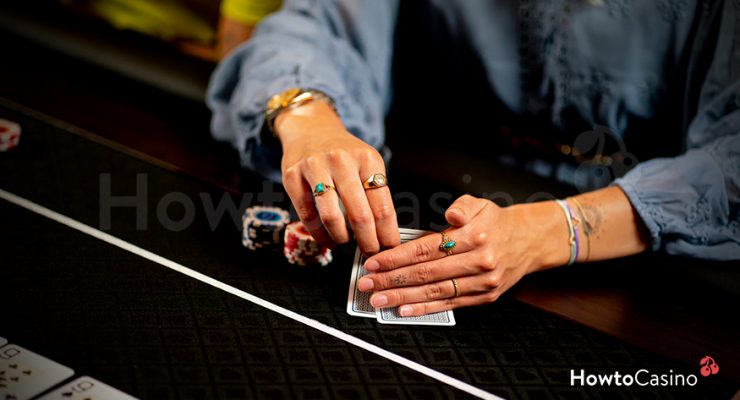 Learning the ins-and-outs of poker is not the simplest of tasks but it isn’t exceptionally hard either. The truth is that many of the aspects of poker play are easier to oversee and follow in online poker than when playing in a live casino, which makes the game less intimidating.

Beginners should always practice by playing online free poker games – it is the quickest way of finding any holes in their newly acquired knowledge of the game, as well as confirming the rules that they have already mastered.

The more hands you play, the better you will be in accepting the flow of a poker round and before you’ll know it, you will reach the level of confidence that allows you to play for real money. 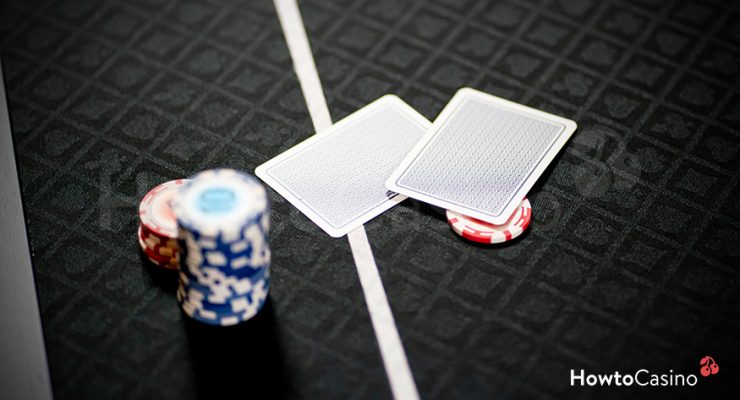 Pick a Good Casino and Off You Go

Inform yourself of the best online poker rooms out there. Many trustworthy casino software providers offer poker games and finding casinos to host these games shouldn’t be difficult.

However, you must always check the casino’s credentials – does it have a license, is the software regularly tested, is the customer support service responsive and helpful, are the bonuses beneficial and transparent etc.

People often say that the position in poker is very important. Determining the style of a poker game you wish to try and finding a reliable web casino to play at will already put you in the best possible poker position to showcase your skill.