How to Play Bierhaus?

How to Play Bierhaus?

Home / Slots / How to Play Bierhaus?

The German title of this slot game means ‘beer house’ and it is complemented by its German pub theme. The 5-reel 40 pay line slot was released in 2012 by Williams Interactive, also known as WMS. The game incorporates a realistic soundtrack depicting the environment of the pub. Beer glasses are wild symbols that help players make winning paylines. With a max bet of $200, this game accommodates high rollers.

Stick around to find out more about this amazing slot that embraces German beer traditions. 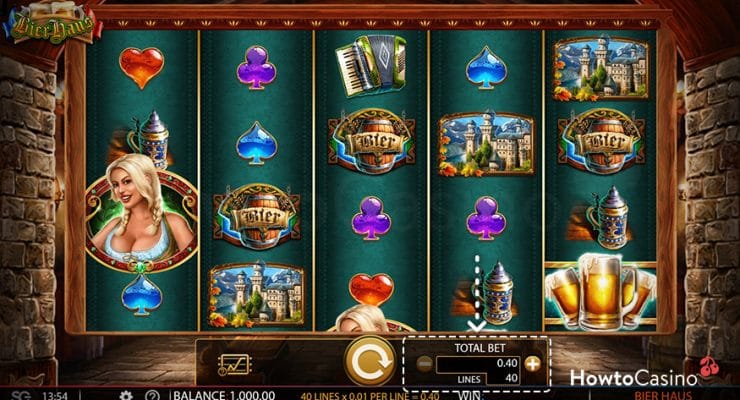 How to Play the Game

Bierhaus is not a complex game at all, just spin and let luck do all the work. Players have to be patient and may have to invest generously before unlocking the free round, which is quite rewarding. The game has a rather low return to player percentage which is around 96%. The design is fun and is influenced by traditional German pubs. To bring the whole idea to life, their background audio track matches a bar scene.

The first step, as with any other slot, is to place your bet. The minimum bet is $0.01 per line and because there are 40 pay lines, the minimum per spin is $0.40. Bierhaus has brilliant symbols in 4 rows circulating on 5 reels. There is a smiling gentleman, an accordion, card suits, a keg of beer, a castle and acorns.

The waitresses are the scatter symbols and the beer glasses are wild. Players must land at least three similar symbols on consecutive reels starting from reel 1 which is the leftmost. The highest value comes from the smiling gentleman.

To help the player a bit, the wild symbol, which is 3 glasses of beer, completes a winning combination by replacing unmatched symbols in a particular row. 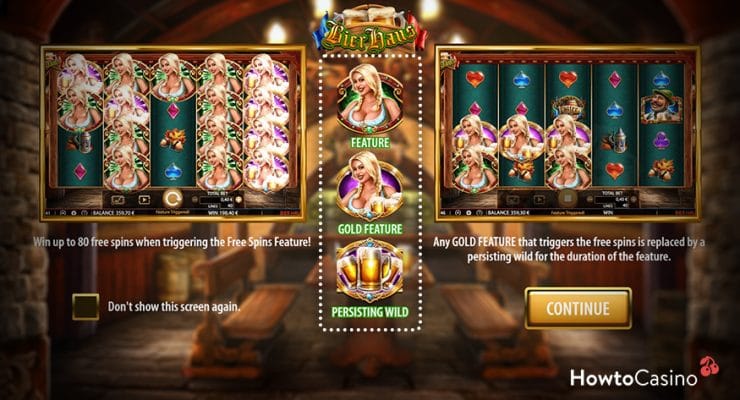 Wilds and scatters help you score big. So, players will be looking for 3 beer glasses or a blonde waitress. The epitome of this video slot is revealed when you unlock the bonus round. It may seem as if you will never win, but once the bonus round kicks in, it rewards handsomely.

The symbol with 3 beer mugs is the wild in this game. The wild symbol works like a charm as it corrects the sequence in a specific row to create a winning combination for the player.

These features are represented by a pretty waitress in an old-fashioned costume. The gold scatter comes with some glasses of beer. When you align five of either of these ladies, you can claim the bonus round, which awards five free spins. And so, the fun begins. The player also gets 5 free spins for each extra scatter symbol. The number of free spins you can claim, however, is grounded to 80. 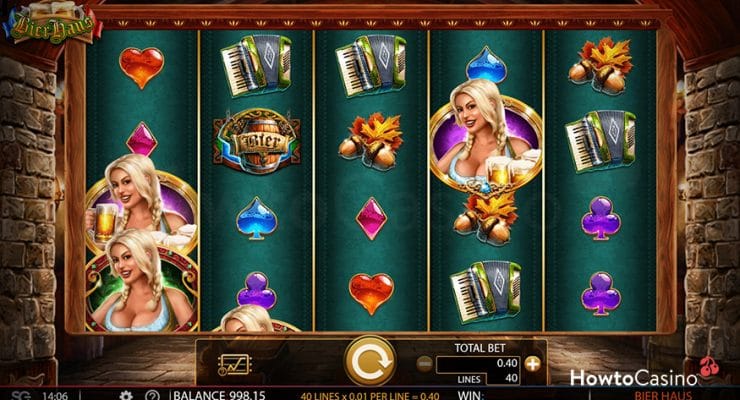 Where can I Play Bierhaus?

Bierhaus is accessible from both desktop and mobile devices in instant play. This makes it convenient as you don’t have to go through the trouble of downloading the software first. The game runs smoothly across all devices and loads up instantaneously into your browser as soon as you open it. 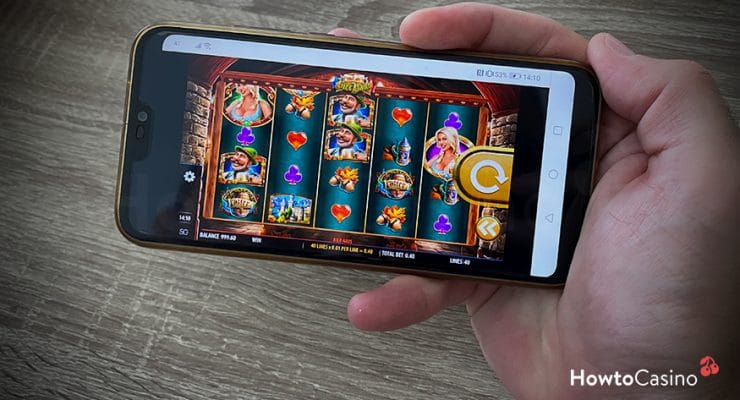 Playing Bierhaus on the Go

You can’t always take your laptop with you everywhere you go. But you always have your mobile device in your pocket. It’s great that William Interactive optimized its game for Android and Apple devices. In order to play the game comfortably on the phone, the interface gives you an option to select a landscape view. 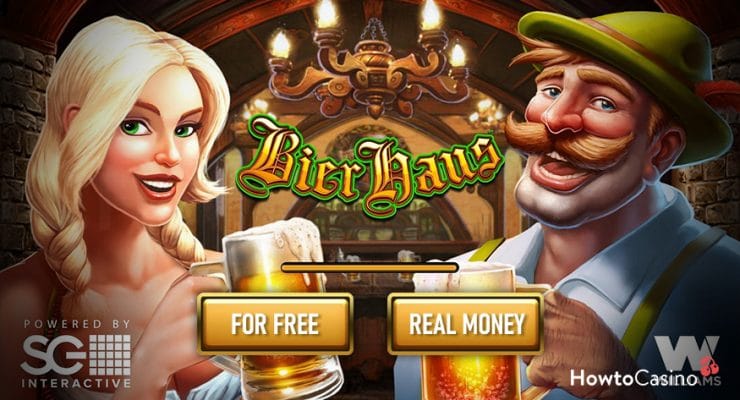 A new player will most certainly need some practice before taking to flight. With Bierhaus, you get a chance to sample the game in two ways. First, Williams Interactive made a demo mode that is accessible from a number of casino sites. You can play there for as long as you wish.

Alternatively, there are selected casinos that will offer some no deposit bonuses allowing customers to play without risk of losing their real cash. On the plus side, a no deposit bonus has the potential of winning you some real cash, which is truly remarkable.