How to Play Blood Suckers 2?

How to Play Blood Suckers 2?

A masterpiece sequel that has taken the storm, the new title from NetEnt is based on the famed Blood Suckers – the original. Blood Suckers 2 was introduced in 2017 and quickly rallied up a following of its own. Ahead of the field in terms of gamification and graphics, you’ll find the current variant even better than the first.

Blood Suckers 2 comprises 3-row, 5-row and a 25-fixed pay line slot. Journey further into our review to find out more about the thrilling vampire-themed title! 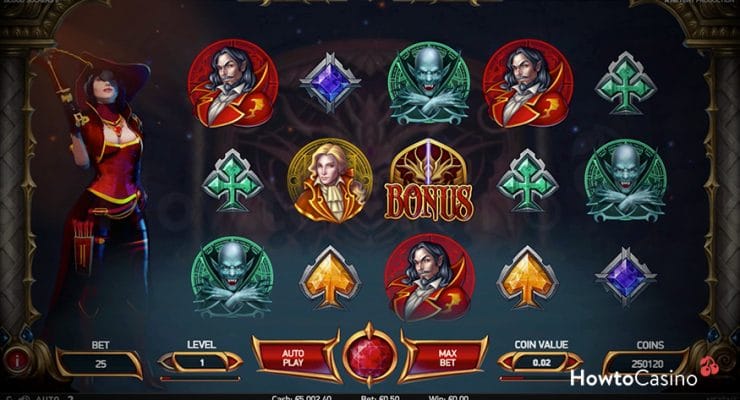 If you’re a Vampire-theme enthusiast, Blood Suckers 2 is your ultimate gaming destination. The creepy Transylvanian castle brings with it a thrilling aura that will have you on the edge of your seat. The game is inspired by the legend of Amelia, who attempts to recover her ancient riches from the monstrous demon.

Key features of the blood-curdling slot include a harrowing chamber, a heart, diamond, club, and spade. Standing taller than these money-spinning features is the dandyish bloodsucker fashionably dressed in red.

Head over to the chilling castle Chambers and shoot down a monstrous payout with just a few gold coins in your pockets. NetEnt has granted everyone an equal chance to battle the hellhound. To kick-start your journey in search of ancient treasures, you only need as little as 25c.

High rollers have not been skimped. If you’re looking to walk away with a treasure chest filled with gold coins, you’ll have to deposit as much as $250, which is the maximum cap. The coin value can be adjusted to fit your budget. With such favourable bet limits, you’ve no excuse not to battle it out for a mega win. 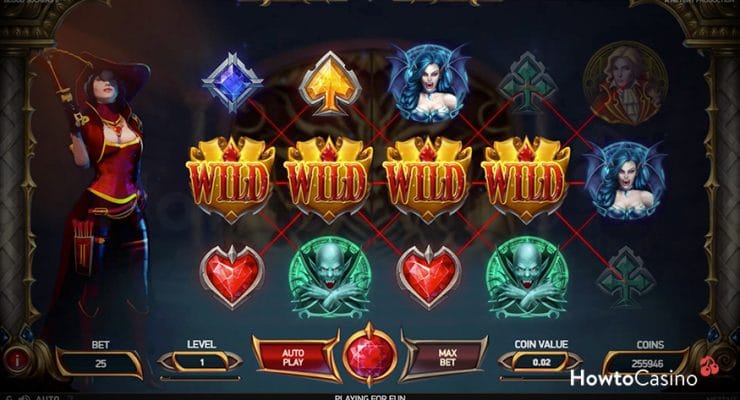 NetEnt will not send you down the Gothic castle champers unarmed. The game boasts a decent range of features with 2 random ones added for an extra layer of protection. Some exciting bonus features include Blood Rose Free Spins, Scatter symbol, and the bonus Hidden Treasure. Let’s uncover these features in detail.

Starting with the Scatter symbol, this element brings Queen Amilia to life. Her crossbow triggers another symbol in turn, bringing about the Blood Rose element. Note that medium symbols also award real money multiplying your stake by anywhere between 0.4 and 4.

The Blood Rose feature awards 10 free spins. Payouts under this feature can be as much as thrice your initial winnings. Landing at least three scatters gets you another 10 free spins. The fun doesn’t just stop there, you can also descend to the heart of the crypt with at least 3 symbols. On this feature, you can choose between one of the 5 coffins which comprise coins, a Scatter symbol or a key to the next level. 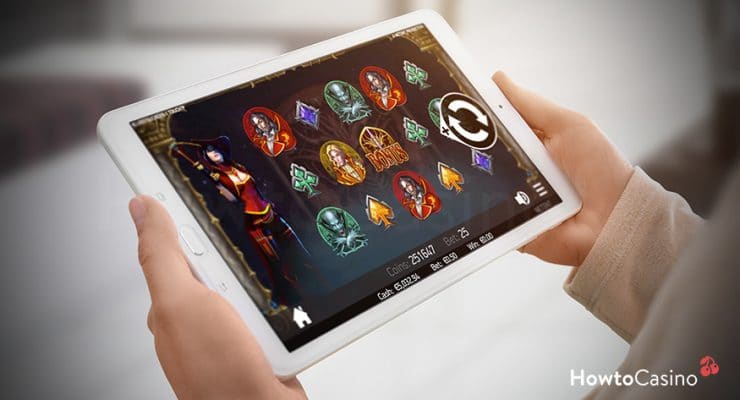 Where Can I Play Blood Suckers 2?

Being fully optimised for mobile play, playing Blood Suckers 2 will never be a challenge. Punters can either fight the demon from the comfort of their homes using desktops and laptops.

The war doesn’t have to end because of work and daily errands. The game is available across iOS and Android devices like smartphones, iPhone, iPads and tablets. This makes it possible to grab your fair share of the treasure on the move.

Blood Suckers 2 runs perfectly across all devices, from iPads and iPhone to Androids and tablets. The game aligns perfectly to a landscape mode allowing you to experience the thrill and excitement of gambling on a big screen. What’s more, lightning speed loading times and a glitch-free play are all native to Blood Suckers 2. 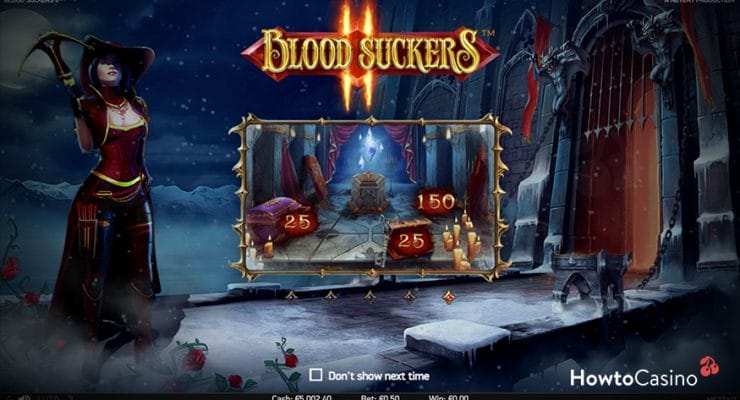 If you’re familiar with the original version of the game, you’ll find sipping Blood Suckers 2 a breeze. However, the opposite may prove true to the fresh faces. So it’s always a good idea to check out the demo version of the game before getting swept away by the kick of the Vampire Wars.

The demo version is an ideal way to familiarise yourself with the game and all its money-making features. Also, you’ll get to learn how to use various aspects of the game to your benefits. Unfortunately, not every casino offers demo versions. As such, head over to the NetEnt website and start training for a Jackpot war.