How to Play Narcos?

How to Play Narcos?

Home / Slots / How to Play Narcos?

Narcos is a cult classic slot game from legendary software developer NetEnt. The game is derived and named after the Spanish TV hit series Narcos. It is undeniably exciting and played on a 5 reel across 3 rows. But what has to be the game’s most outstanding feature is how it gives punters an incredible 243 ways to win!

In this guide, we unpack all you need to know about how to play Narcos with ease. 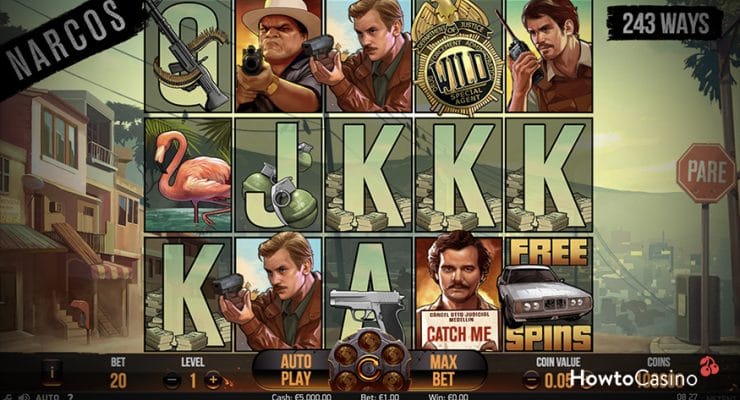 Given the action-packed theme of the game, unmatched excitement is on the cards. The developer presents the game in a visually appealing comic style design with the backdrop of the reels featuring a 1970s Columbian street scene reminiscent of the TV series. Generally, the goal is for agents to hunt down Pablo Escobar, the drug lord.

To play the game, you’ll need a minimum betting stake of $0.20, and the maximum stake is $400. Choose your bets by clicking on the Level and Coin Value buttons. Hit the Spin button to join in the chase.

During the game, you have the option to unlock big wins as you attempt to put Escobar behind bars. Make sure to look out for special features that allow you to bag incredible prizes.

Higher paying symbols comprise a plane, Escobar’s pink flamingos, and DEA agents. The latter are more lucrative symbols giving punters a payout of up to 15 times your stake if you land on 3, 4, or 5 on the adjacent reels. 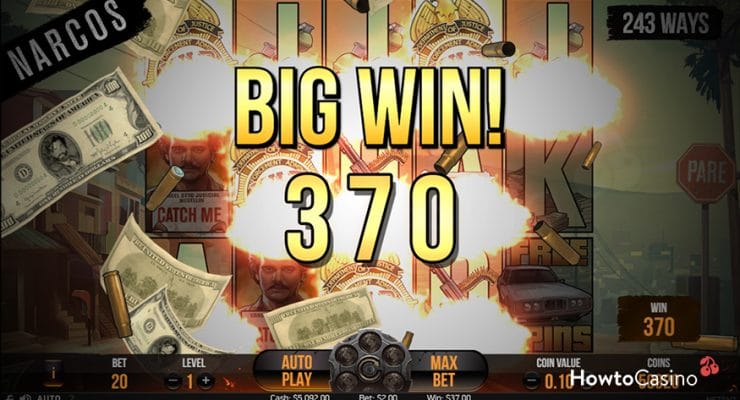 You’ll love how Narcos offers a bunch of extra features to keep you glued to the video slot. We’ll explain these features in detail, to give you a better understanding of how to navigate the game.

You can expect to find the regular Wilds feature while playing the base game and during the free spins round. The Wilds symbols comprise the DEA badge, and you can use them to form your wins by substituting other symbols.

To turn the excitement up a notch, NetEnt throws in the Walking Wilds symbols. These symbols are triggered once you trigger a DEA badge. While they also act as Wilds, ultimately, the Walking Wilds boost your chances of winning by helping you form bigger wins from multiple spins.

The Drive-by feature is triggered randomly during a base game spin. A car speeds by the reels transforming several high paying symbols into Wilds.

You can trigger this bonus feature by landing three or more special locked symbols on the same row. This symbol is assigned a random multiplier value of between 1 to 10 times your stake.

Scatter symbols across the reels will automatically unlock the free spins round. When this happens, you’ll receive 10 free spins. The beauty of this round is high paying symbols have a higher chance of turning Wild to give you bigger wins. 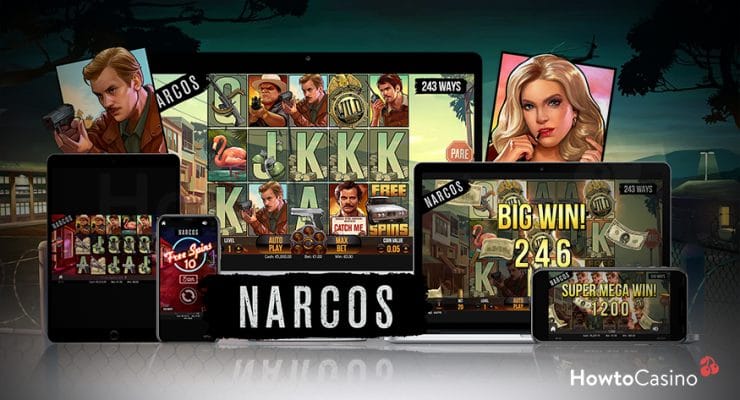 Where Can I Play Narcos?

Being a NetEnt creation, you can play this exciting game on your Android or iOS smart device for added convenience. Regardless of the platform you play, expect the game to load quickly and enjoy smooth gameplay. That’s, of course, provided you’re using a fast and secure internet connection. 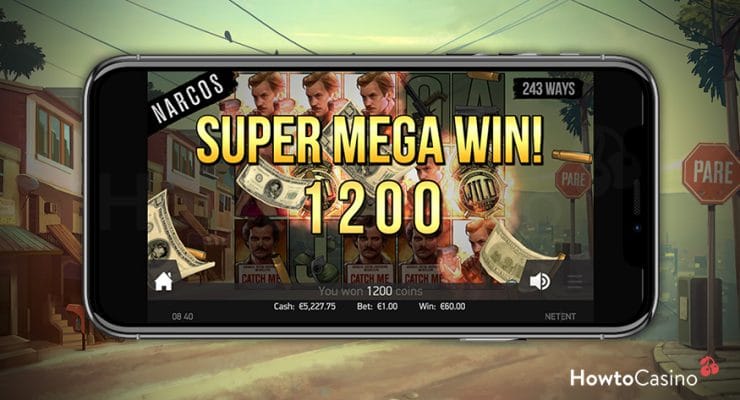 As mentioned, players can expect to play the Spanish language game while on the move, from their smart device. The game is optimized to play smoothly regardless of the size of your screen. But for obvious reasons, you can enjoy better gaming if you’re using a slightly larger screen size compared to a smaller screen. 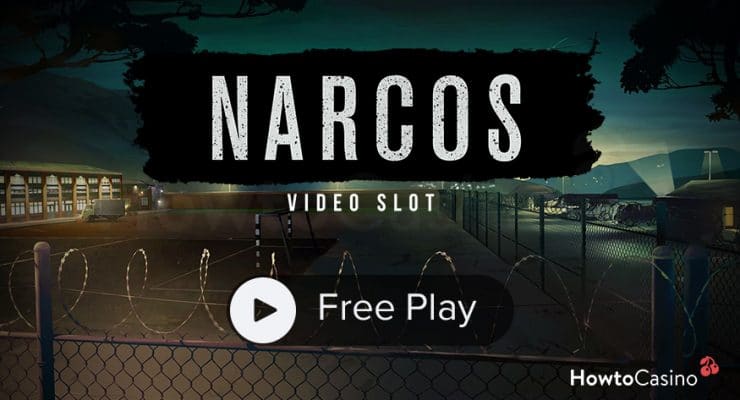 If it’s your first time playing the game and you want to learn the ropes, Narcos is available in demo mode. That means you have a chance to play the game free before committing any real cash. Simply check if the online casino offers the game for free by looking for the Play for Fun thumbnail.

Alternatively, you can try out the free version of the game on the NetEnt official website if you can’t find an online casino offering the game in demo mode.