How to Play Deuces Wild?

How to Play Deuces Wild?

Deuces Wild is a famous card game and one of the Video Poker variations. It enjoys huge popularity at online casinos, just like Jacks or Better which is the favorite among gamblers worldwide. Deuces Wild follows the rules of other video poker games, with five playing cards included.

However, the game is also known for a small twist where the deuce or 2 represents a wild card and plays a more important role than other cards. The same card can be utilized to form hands in place of a missing card. For more information on how to play Deuces Wild, be sure to check the following guide. 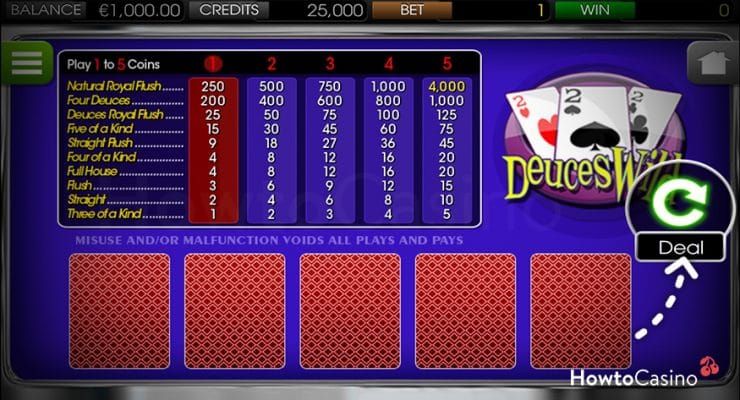 Once you have loaded your account with credits and select the amount of the bet, just click on the deal button. You will receive five cards and you will have an opportunity to hold or discard some of them. 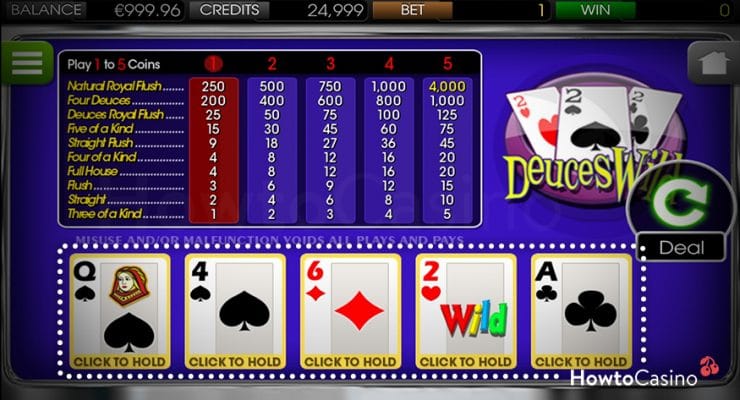 When you receive the initial five cards, you can choose to hold them. It means that held cards will remain the same even if you press the deal button again. Players are generally recommended to hold a pair or a deuce. Held cards will be shown on the screen. 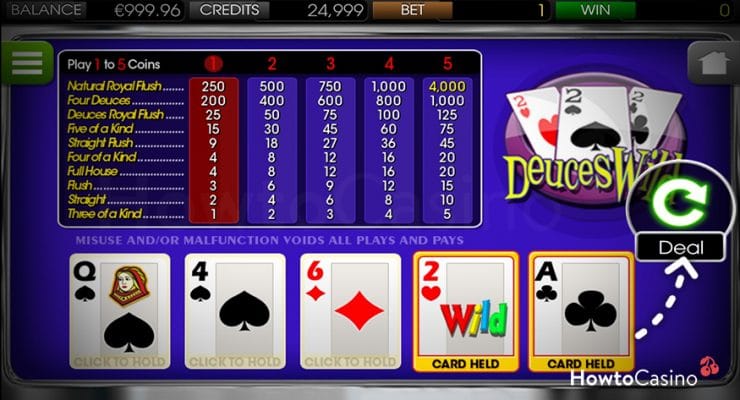 As soon as you select which cards to hold, you can press the deal button again. As part of the second round, you will receive the replacement cards for those which are not held. It is also important to know the hand rankings. 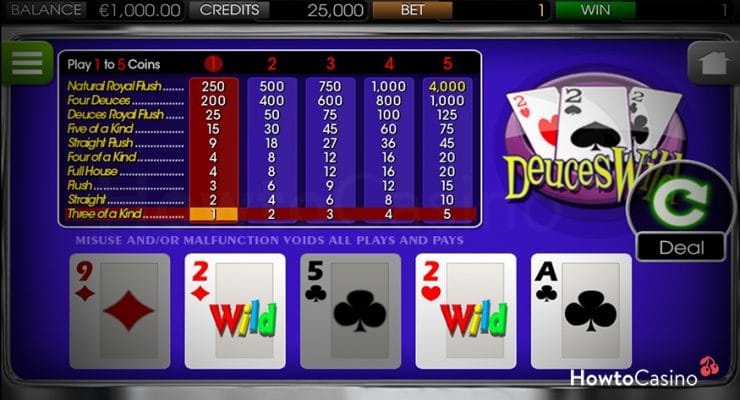 After the completion of the second dealing round, the game will end. Players receive the winnings according to the strength of their hands.