How to Play Jacks or Better?

How to Play Jacks or Better?

Home / Video Poker / How to Play Jacks or Better?

Jacks or Better is one of the most popular poker games at online casinos. Players enjoy the game for its simplicity and high payouts. Whether you are playing at a land-based or online casino, the gameplay is pleasant without taking a lot of time. To learn more about its rules and how to play Jacks or Better, check the following guide.

Once you are ready to place an initial wager with your credits, just press the deal button. Five cards will appear on the computer screen and your task is to create the best possible hand.

However, if you want to receive a payout, you will also need to have a pair of jacks or better. 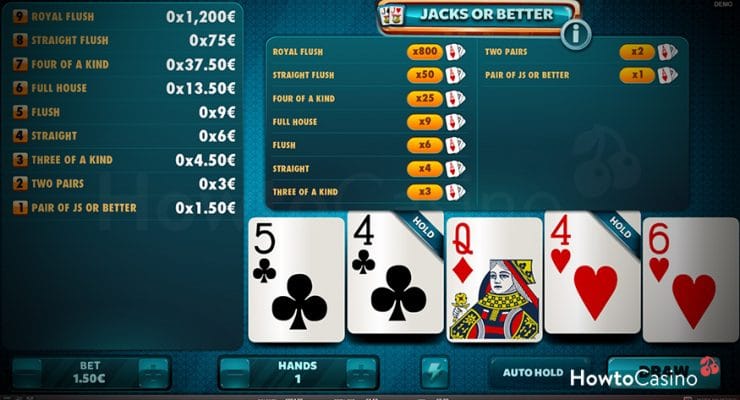 Choose to Hold Some Cards

As soon as you receive the first five cards, you can hold some of them. It means that when you click on the deal button for the second time, they will remain the same.

Holding the cards is useful if you already have a good hand such as a pair of kings or similar. It increases your chances to hit three of a kind. It is also necessary to meet yourself with poker hands and their calculation.

Upon deciding which cards you want to hold, just press the deal button once again. The machine will deliver new cards as the replacement for cards which you didn’t hold.

When the cards appear, the machine will automatically show whether you have won or not and you will receive the following winnings.